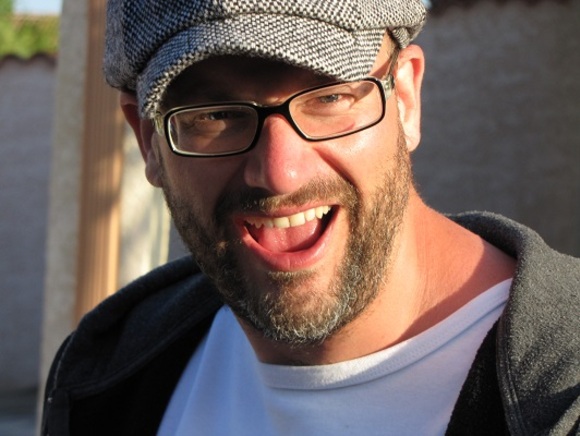 Quincy Jointz is one of the leading German DJs and producers of NuFunk.

He releases under his own name and with his project „Geriba“ on top-labels like Fort Knox Five, Funk Weapons, Timewarp Music, Eighth Dimension, Manmade and many more. His "Lime Sorbet" compilations are top-sellers worldwide.
Since 2003 Quincy Jointz is DJing around Europe – so he is well-known for his uplifting DJ-gigs in Spain, France, Switzerland, Austria, Hungary, Slovakia, Czech, Greece – and of course Germany.

Quincy Jointz started to DJ in 1988 at the age of 14. He became resident-DJ at the youth-club of his home-town Boetzingen (near Freiburg, Black Forest). His music-style was from Hip Hop, Alternative, Pop, Rock, Reggae, House, Techno and more - doing DJ-sets from 6-8 hours nonstop. He had different residencies in the best clubs around Freiburg until 2000.
By this time he finished his studying (paedagogics) and stopped DJing for 1 year to establish him in his regular job. In 2001 Quincy needed to spin records again - but this time only focussing on different music this time: NuFunk, Drum´n´Bass Mash-ups.
In the meantime Quincy Jointz was DJing in Spain, Hungary, Austria, Switzerland, Greece, Czech, Slovakia, France...
In 2003 he met Joern Disch and they formed the music-project "Geriba" which became very successful with releases on labels like Funk Weapons, Innvision Rec, Citrona Rec. In 2004 Quincy also starts to release music and remixes on his own. Between 2002 and 2000 Quincy hosted different radio-shows, e.g. "Lime Sorbet" for Citrona Rec. This weekly radio-show was very popular, so that there are also 3 Lime Sorbet compilations released so far.