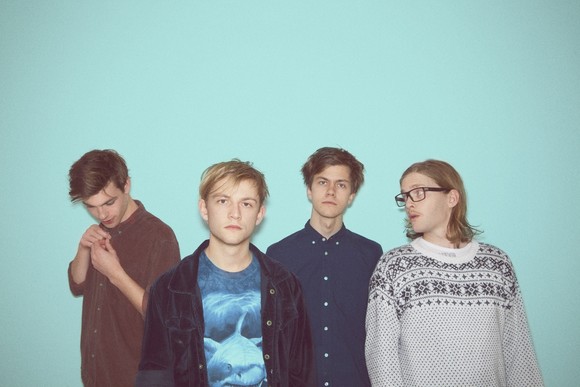 Just graduated from secondary school four boys go into exile on a worn-out farm on the outskirts of Denmark.

Here they live and record their debut album over a period of 4 months. In the house they create a space where everything is allowed and everything must be tested, and from that space their combination of dream pop and retro rock evolves.
A musical style that contains both a youthful energy and playfulness in the expression but at the same time maintains maturity in the melodies. Blurry synths and repetitive guitar patterns melt in with gritty bass and a crystal clear falsetto in a soundscape of contradictions.

Bulb Days was released on April 7th via new label Antiphonics to critical acclaim. The single “Hold Your Breath” has been playlisted on national radio, made it’s way to a 3rd place on P3’s hitlist for alternative music Det Elektriske Barometer and the band has already made its first television apperance.

After an energetic perfomance in front of a crowd of 250 at SPOT Festival the band has attracted attention abroad. Rollingstone.de named them one of the best Nordic newcomers and danish magazine Soundvenue rated it 4/6 writing “The young boys filled the charmless Foyer with falsetto, happiness and hope for the future”.
The band has toured Denmark. Most recently supporting The Eclectic Moniker on their Danish tour finishing at Pumpehuset in front of almost 600 people, and overall they have the experience from more than 60 live shows.