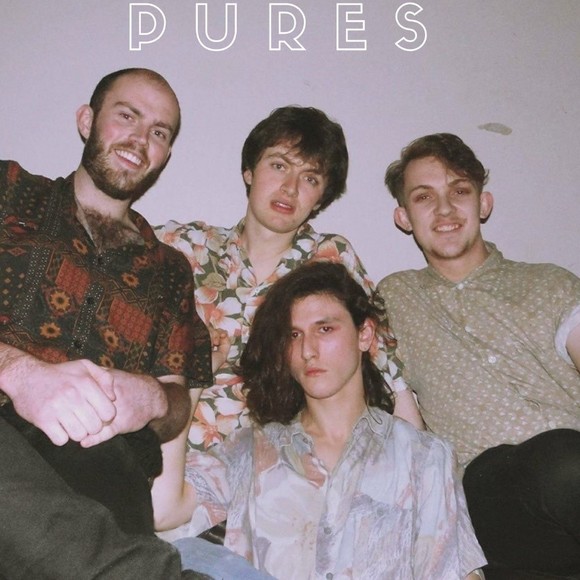 Lee (Bass Guitar), and Chris O’Sullivan (Drums / Vocals) make up the four piece band PURES. All four musicians are Cork based though they hail from all corners of Munster.

Much has been achieved since the band’s formation in 2015. Following their victory in the national final of the intervarsity Battle of the Bands competition the band recorded their first studio E.P. which was released in May of 2016. The E.P. has gone on to amass over 13,000 streams on Spotify as well as national airplay.

The recording process was captured in a candid documentary by Cork filmmaker Daniel Breen. The film proved to be hugely successful online gathering in well over 5,000 views on Facebook alone. The band has aspirations to create a sequel to the film in the near future as well as a number of music videos.

2017 saw the band reach new heights as they were booked to support such bands as Fangclub and Little Hours as well as play their own sold-out shows in Cork’s Cyprus Avenue and Limerick’s Stormy Teacup. The band has played all over the country in venues such as Whelan’s, The Rosin Dubh, The Workman’s Club, Fibber Magee’s and Dolan’s to name a few. Everywhere PURES has gone they have been well received by crowds.

PURES are currently in the process of finishing off their sophomore studio E.P. which will be released in January of 2018.