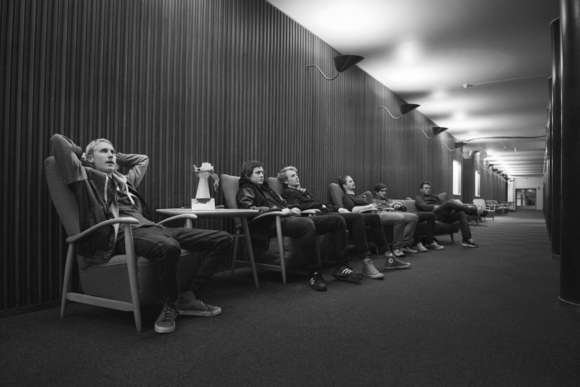 DJ Magazine said that the album is… «...BETTER than Daft Punk's 'Random Access Memories'...brimming with poppy hooks, seductive strings, groovy basslines and a great camp aesthetic». Mixmag picked “Got It All” and “TBG Life” as disco tune of the month, with a 9/10 rating. The single “Once I Thought” was listed on NRK P3, and so is the song “How Does It Feel”, which was voted the 4th best Norwegiant song of 2013 by Norwegian major daily VG.
The debut, ‘Real Love Tastes Like This’ announced Stubø’s arrival in 2011 in true style with it’s heady mix of house, disco, soul and hip-hop. The new material is more disco and demonstrates his continued development as one of the most new exciting talents around today, with his trademark choppy production and layered instrumentation. The new album is Stubø’s fourth full length album, including hos two solo albums. Stubø gained notoriety having won an ‘Artist of the Week’ award on Norway’s national radio network, NRK P3 at the incredible age of 14! In 2010 the self same station had him nominated for ‘Artist of the Year’ and he built a solid reputation for his live performances backed by a full band of up to 12 members. Mathias Stubø/Proviant Audio has performed shows at all the major Norwegian music festivals and venues. ‘Drift Days & Disco Nights’ was released by Oslo Records (NO), Paper Recordings (UK), and Flake Records (JP).