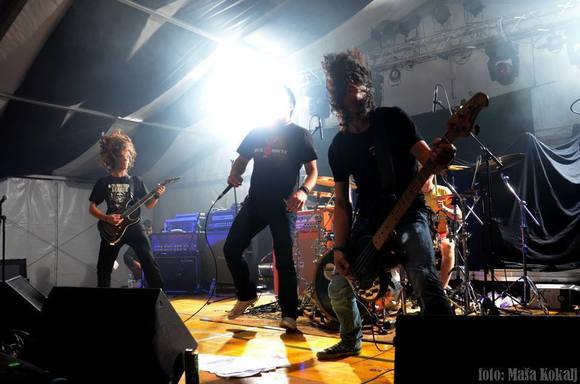 Prelude – a quartet whose main purpose is to create their own music and find their sound.

They do not limit themselves to a particular music genre, though they are heavily inspired by metal and soft rock. They first got together in 2012, when they began playing covers of bands such as Alter Bridge, Pantera, Puddle of Mud, and Foo Fighters. At the end of 2015 they released their first album named 1688. Since then their repertoire has consisted mostly of music written by the band itself. Prelude is comprised of guitarist Klemč, bass player Beko, drummer Žaži and vocalist Đemo who, on special occasions, also plays the saxophone.