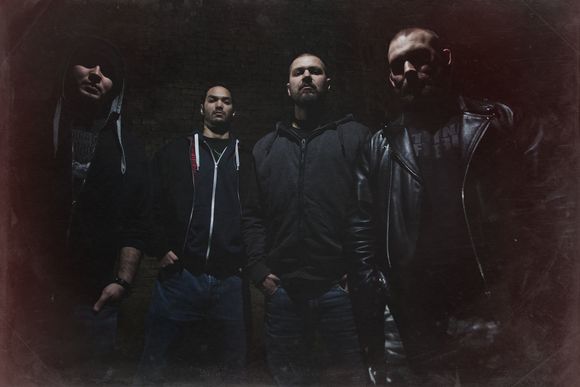 After many years of hard work and changes Morthem released their first album „Lynch The Liars“ in 2012, toured Europe and played shows with bands like Sepultura, Eye Hate God and First Blood.
Simultaneously Coffinfeeders own project „Sadistic Perversion“, a pure Brutal Death/Grind band, took off and the EP „The Beginning Of The Intemperance“ was releasen via Coffinfeeder Distro.
Late 2014 some members of Morthem decided to part ways due to personal differences and so a decision has been made to lay both bands, Morthem as well as Sadistic Perversion, to rest and merge their styles into a whole new project named „Pray For Pain“. Combining the strengths of both bands the full length album „The End of Decency“ was released in 2015.
Since the very first day the name Pray For Pain stands for uncompromising musical brutality, which exposes the unfathomable depths of human nature. With blood boiling precision and mind-boggling virtuosity the band set out to conquer the Metal world, for a new beginning and the end of decency.