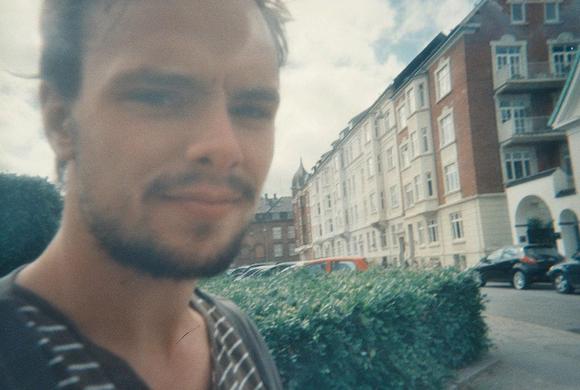 Pocket Pet balances between the mystic and the familiar, with intimacy as a balance bar, and the song in absolute focus.

The arm gestures never overpower the mood of the audience, inviting you closer and closer.....and closer to the pocket universe.

Pocket Pet was formed in September 2014, with a core of vocals and guitar from Magnus Jacobsen – and songs about ghosts in the mirror, forgetting yourself, secrets, the apocalypse and other pocket philosophy. When the pocket expands, additional band members Morten Falk Overgaard on rhythms and vocals, and Anna Clotilde Jacobsen (Magnus’ sister) on vocals, melodica & glockenspiel join in.

Magnus is 26 years old, Morten is 26, and Anna is 20 – all 3 born and raised in the small town of Aalborg, Northern Denmark. Morten and Magnus are old friends, and started their first band in Aalborg in 2004. In Pocket Pet, the 2 friends have found each other again musically. Anna is Magnus' sister, and their similar tone of voice make a quite special vibe and harmonization that just slides right passed your barricades and enter your heart.

This summer, Pocket Pet will dive into the beautiful city of Copenhagen, and take use of the privilege it is to be an all acoustic group that can play anywhere, anytime, and for anyone. This privilege will meet its potential in the planned Pocket Pet Picnics all over the Copenhagen park areas, where friends and friends of friends, and their friends, are invited to join in for beers and Pocket Pet concerts in the summer air.