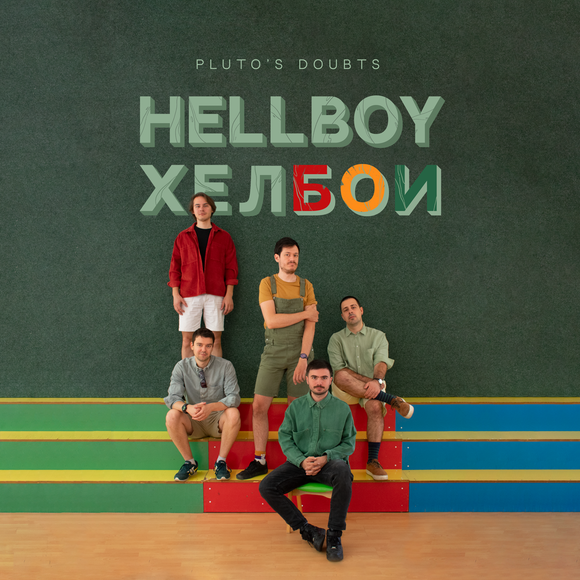 Pluto’s Doubts started as a naive initiative to get together, people with different skills and charisma, in order to create something truly exciting.

Sizif was released to critical acclaim from music critics. The first significant feedback provoked the single Super Jupiter, whose video was part of Videography, MTV Adria.

"Pluto’s Doubts are a Macedonian indie rock outfit that is due to release its debut album. The leading single to it, Samoglad, is something I keep coming back to. It’s a sound that’s not really present in Macedonia, nor on the Balkans as far as I follow those scenes. And that’s something I really appreciate about their efforts. Left of centre." - (Discoveries for month October 2017 by readymag.com)

"Sizif" is an outstanding album, the sound is dynamic with an accent on the rhythm that seems to flow to masters in the veins, because I have not heard such a feeling for a long time. For this the band does not set any barriers and goes where only their music will take. And the vocal? There are two. The main can sound like Andrzej Piaseczny ( Хегел + Канти), and supportive like Kortez ( Етна ). I've been listening to this album for so long, and I'm still very impressed. There must be something in it." - (Dawid Zielonka, laboratorium muzycznych fuzji)

"It’s impressive how quickly this band has gained the attention of the listeners and critics in Macedonia. Definitely one of the most promising bands!" - Elena Krsteva for Beehype (beehy.pe)

"After listening them for the first time from beginning to end, I had the same smile as I was in the early hearings of Heart Core (album by Arhangel) and the day I understood Foltin." - Bojan Nikolov for crapwerk.blogspot.com

- The TV show "Utrinska Alternativa" which airs on TV Telma include Sizif's concert promotion in the best events in 2017.