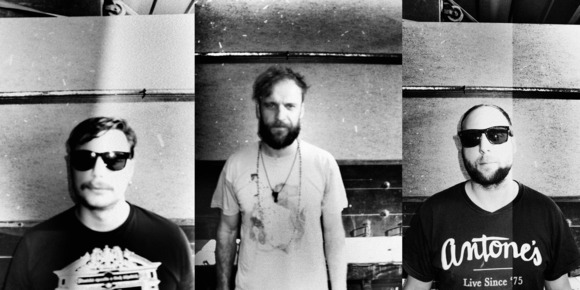 Please The Trees is psychedelic rock band from the Czech Republic.

They have been following intuitively the trail of inspiration for ten years now.

Louder Than War: Richard Foster (The Quietus) and John Robb write about Please The Trees’ performance at MENT Ljubljana 2017:
''Please The Trees are mind-blowing. Literally. There is something mesmerizing and perfect about this band that roots you to the spot - they look unassuming and sound enormous. They create a sonic hologram of driving tripped out rock that is captivating and enthralling and pulls you into their world with its repetitive  brilliance. Like the early Flaming Lips this is the trip. The band are like all the best bits of an LSD trip strung out and rearranged – not that this is messy – it’s tight and shapeshifting and stunningly powerful display of the possibilities of three piece band that never loses the groove. ''

Clash.com Taking influence from the past-masters of the 60’s, 70’s & 90’s and turning the volume up, they have already toured the UK, Europe, USA and Israel and look set to continue. Watch out for your eardrums… intense!

Against all odds the band received Andel (Czech Grammy) award for the best alternative record of 2012 with their third album A Forest Affair (Starcastic Records) recorded in California, produced by Jonathan Burnside. Past tours of hundreds of shows included Europe, UK, USA and Israel. Fourth studio record called Carp (Starcastic Records) came out in September 2015. The album was recorded with Chris Koltay at High Bias Recordings, Detroit during the band’s fourth self organized US tour. After the release the album gets ravishing reviews and receives APOLLO (Czech Critics Choice) Music Awards for best record of 2015. In the Summer of 2015 PTT open for Robert Plant And The Sensational Space Shifters and tour Europe as opening act with Two Gallants. In October 2016 they return to tour US and Canada for another month long tour. This time organized by Leafy Green booking agency (which represents also Swans, Mudhoney, Kid Kongo Powers and others). During this tour the band records to be the fifth yet untitled full length album with Brandon Eggleston at Tiny Telephone studio in San Francisco. The record’s release is scheduled to Fall 2017.

BEYOND THE MUSIC
Please The Trees’ planting trees project: After spending time with a gardener friend in New York (who has been secretly planting trees around town), the band get's inspired and starts planting a tree in every city where they perform. Each tree planting is photographed and documented, then posted on Facebook profile of the project.
Map of planted trees: http://g.co/maps/t9ne8