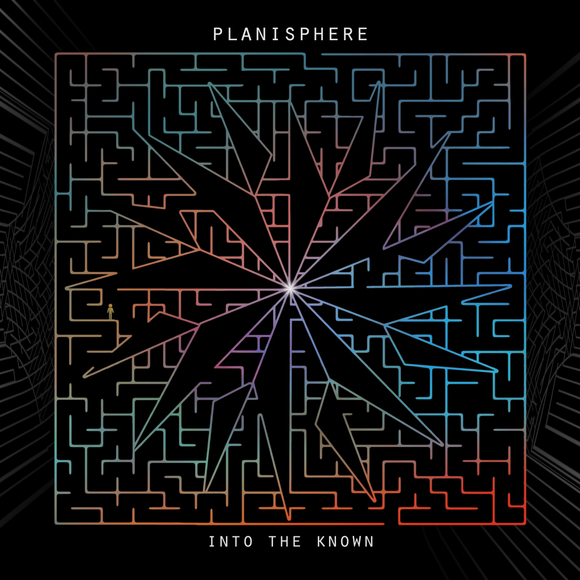 New album "Into the Know" out NOW!

Planisphere is an instrumental-rock band from Cologne, which got its inspiration in the progressive rock of the last century. Coupled with the influence of contemporary bands from the fields of post- rock, instrumental- and math-rock and the musical sense of the individual members, the band's distinctive, intricate and sometimes hypnotic sound has developed.
On the crowdfunding-funded, current album "Into the Known," released in June 2018, the four guys are getting carried away for a musical rollercoaster ride that seems to cut a trail into existing genre boundaries. More professional, experienced and brute than on their debut "Porphyrogen", Planisphere barely give the listener the opportunity to escape emotionally from the complex rhythms and catchy melodies. Listening to the record for the second or third time, the insane tempo and melody changes fit together to form a larger whole. The access and the way out of the constructed musical labyrinth of tonal textures is underlined by the self-designed cover artwork of the new disc and symbolizes the passions and wishes of the composers to portray the aberrations of life.
For the year 2019 Planisphere is planning an extended tour in Germany.

Biography
Planisphere founded in 2010 from befriended musicians and composed as well as released their musical debut EP "Porphyrogen" 2011, compiled from rehearsal recordings.
Planisphere had their live debut at the local band competition “Köln Rockt” of the Kölner Stadtanzeiger in cooperation with the sponsor Musicstore 2012 and reached the semifinals with their concept unique for the public as well as the critics. Between 2013 and 2016, Planisphere played in the local Cologne clubs, festivals and in the area from Münster to Luxembourg.
The work on the current album "Into the Known" took place between 2014 and 2017 in an intensive retreat. The realization of a crowdfunding project in late 2017 cleared the way to the final audio production of their new album. With the active support of the fans, Planisphere was able to record at Gotteswegstudio A in Cologne in winter 2017 within 10 studio days. The mastering took place afterwards at the Pitchback Studios in Frankfurt.