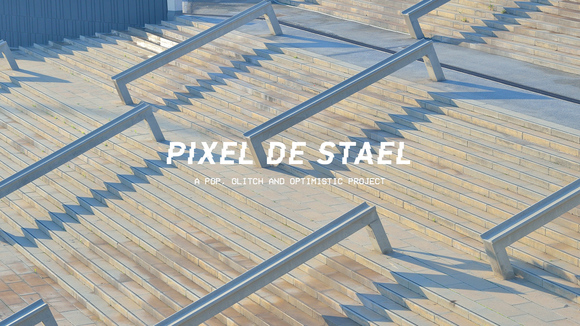 Inspired by the systemic collapse we are experiencing, this duo from Barcelona release their debut album named "Nou Futurisme" (on the european edition) or "Nuevo Futurismo" (on the latin american one), who means New Futurism in catalan and spanish.

Title with which they ironize on the flawed futurism of the 21st century. An album that was going to be presented with a glitch-art audiovisual show at the Sonar Festival 2020, now post-poned to 2021. Post-digital & glitch pop electronics that emanates from the tension between invasive technology and the vital anxiety of its users. They claim the beauty of errors, which makes technology human. They want to have fun with the fall of a system, with the systematized error or any bug. When an error occurs we try to go beyond it. We also live in a globalized world with google translator at the tip of our fingers. This is why they are defectively multilingual. Language is not a boundary but a vehicle for musical expression through the machine.

You are welcome on the "Pixel Fan" community! http://www.pixeldestael.com/