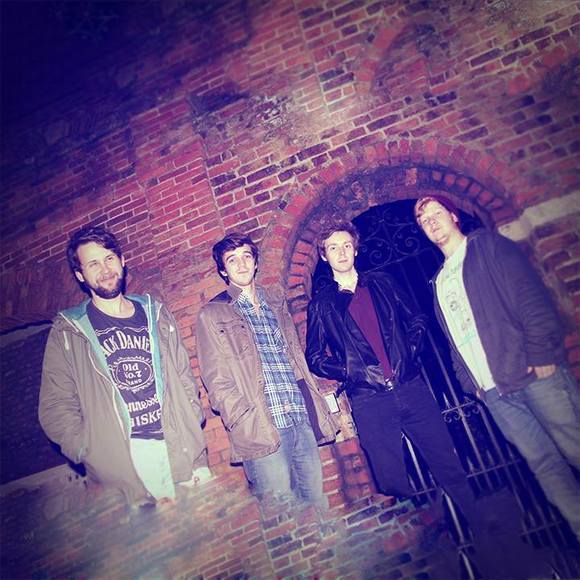 Pioneer is comprised of four friends from different parts of the UK (mainly London) who thought it would be a good idea and a worthy expenditure of time to get together and make some music.

It mostly was NOT a good idea, but every now and again something vaguely great comes from it. We do things like have rehearsals until six o’clock in the morning which involve more drinking beer and eating pizza than actual practice, take stupid videos and pictures, and wrestle a bit. Sometimes we kiss each other, but that’s just a drunken thing, honest.
We also put on shows though, because we’re a band, and apparently that’s what bands do. They are often ramshackle events (one involved appropriating a bin from the set of a pantomime to use as a makeshift drum) but hopefully that makes us “charming”.

Pioneer: we like to think we're a little different. You may think different, and that's okay too. We've worked hard over the past year to write, record and release our debut EP, Paralysis. We managed in March 2014. And we're bloody proud, after doing every single little thing ourselves. And this has been rewarded with a play of our song "Apogee" on BBC Introducing radio, comparing us to the likes of Pink Floyd and Radiohead, and calling it 'well mint'. We've played with the likes of Catfish & The Bottlemen, King No-One and The Tin Pigeons, and many other great bands. We're writing more and more, and gigging more and more. Hopefully you can be a part of that.