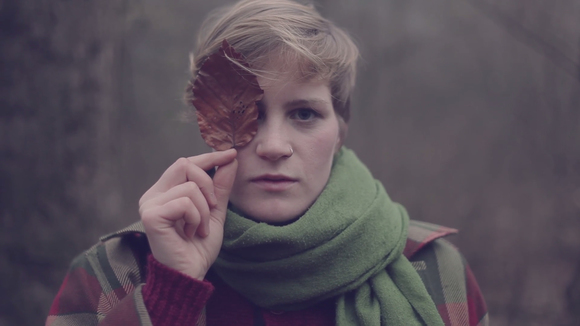 Paula Tebbens is a Berlin-born songwriter who plays energetic acoustic songs with hook lines that stay in mind for a very long time.

She is well-established on the Berlin and Copenhagen songwriter scenes and has played more than two hundred concerts. Influenced by Folk, Bluegrass and Western swing from an early age, Paula´s music is identified by a groovy base, on which traces of Rock, Pop, and Blues merge and turn into something powerful and breathtaking, that gives an insight into a world of many spoken words. In spring 2014 she became audience favorite no. 2 at the Danish National Radio competition ‘Karrierekanonen’ and shortly after she released her debut EP ‘Walking Past Those Lines’ on Machinedrops Productions.
In the beginning of 2014, Sofie Wilen Clausen joined on Contrabass and Jon Bjarnhof on drums which creates a whole new musical soundscape.