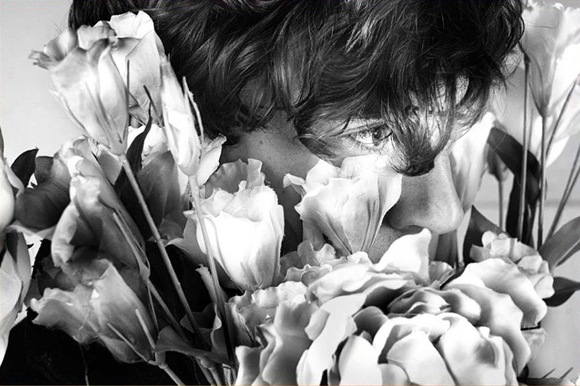 In Norway, there is a young law student making electronic music that has already gained attention from leading media such as The Guardian, Pitchfork, NOWNESS, The Line of Best Fit and Monocle amongst others.

Pandreas creates a feathery mixture of danceable house, sparkling synthesizers and floating vocal samples. His appetizing glacier-electro has a harmonious reverb that leaves a perceptible atmospheric imprint in the stomach. After just a couple of EPs, Pandreas has already left a lot of people wishing for more of his musical lucidity.

Andreas Kleven Rasmussen, the Norwegian producer behind Pandreas, isn’t an artist who craves the limelight. Hailing from his native country’s rural west coast, Rasmussen now lives in Bergen - a quiet city that allows him the space to retreat into his own mind in order to coerce the sounds that inform his nostalgia-flecked melancholic house jams. In the past six month Pandreas has released two EP’s that both have been well received.

The ‘Rås ‘ EP is Pandreas’ second EP on Sellout! Music following his self-titled debut last year – he also gained plaudits remixing Modular signings Young Dreams. The EP's three tracks (plus Rasmussen’s own remixed version of the title track,) perhaps in-part circumnavigate the hazy pre-morning recollections of artists like The Field or DJ Koze, on Cologne powerhouse label Kompakt. Really though, Rås is a wonderfully insular sounding piece of work, written by an artist whose chief voice among a bustling world of signposts and influences is uniquely his own, giving his tracks an introspective feel beneath their club-friendly sensibilities. From a young age, Rasmussen played piano; but as he grew older attentions increasingly turned towards electronic music after he become frustrated by a lack of other musicians who he could form bands with. Piano has since turned into synthesizer as the Scandinavian pushes deeper into a digitised world of production software and sampled sounds, relying on intuition to pick out his found sounds, before blending them seamlessly to create glisteningly fluid dance floor grooves. The title track, Vår and Goest glimmer with a futuristic bent, even as they recall nights lost to listening to Four Tet, Gold Panda and Royksopp. All are artists Rasmussen admits a debt to musically, not least because of their skill in sampling.

‘ I had a lot of songs and demos to choose from for the release but ended up with only three songs which i feel best represented what i sought out to make. A little bit of techno, house and ambient music. I had a much more focused and planned approach to the songs, using two old analog synthesizers which i bought after my second EP was finished. It was also very inspiring to have a plan for the visual aspect of the release, which made it feel somehow more important to make better music. Having him (Jonathan William Turner , www.jonathanwilliamturner.com ) involved really made me want to create a more cohesive and wholesome release. At least in terms of mood, not as much when it comes to the genres. I feel like the general vibe is a bit dark and moody, which really matches the artwork.

This summer Pandreas is confirmed for the Roskilde festival in Denmark and MS Dockville in Germany.

Pitchfork on ‘Rås’:
"Rising star Andreas Kleven Rasmussen performs as Pandreas and his work is steeped in the sound of predecessors like Lindstrom and Todd Terje: sparkling synth lines, ecstatic samples, loosely Balearic melodies. “Rås,” his newest single, is a study in patience, restraint, and momentum: a simple beat slowly unfurls as Rasmussen teases out the song's underlying youthful sweetness, using vocal samples that take over three minutes to reach their ultimately joyful resolution."

Ja Ja Ja music also named Pandreas in their top 5 artists from Norway to watch in 2014:
"Fresh from releasing his second EP Rås, Pandreas, is currently riding high on critical acclaim from the likes of Pitchfork, the Guardian and our humble selves. His fascinating brand of electronica is pitch perfect and pure class, triggering all the right emotions at all the right times. "

“With “Rube,” the first cut from his upcoming Beluga EP (due April 1 via Sellout!), he’s taking another leap towards palpably ambitious, adventurous long-form disco that's unafraid to eschew easy brightness for a darker, more tempestuous atmosphere. The constantly shifting, ever-so-tense dynamic makes for an engaging listen: this is how you go long without wasting a second.” – PITCHFORK on ‘Rube’

"The result is almost cinematic" - THE PLAYGROUND.

".. Pandreas will behold even more ethereal productions. Go on to grace the sets of a spectrum of DJs. And not least deliver late night festival frolics that will remain in your bones for days.» - DATA TRANSMISSION

"'Beluga' contains three tracks, but each one is lengthy, probing, insightful. Mastering the kind of sighing melancholic pervasive in The Field, Pandreas fuses this with a series of different influences." - CLASH MAGAZINE