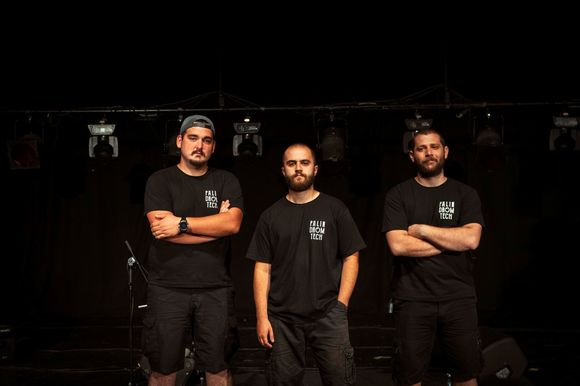 The band is a three piece formed in Skopje, North Macedonia in June 2013.

The idea of the band is an unusual combination between two bass guitars and drums which escalated in to a mix of various genres. Their first EP „Coalesce“ was recorded in one day at Alshar Studios in Skopje, it was released by Ako nikoj ne sviri Records in December 2014.
In the summer of 2015 they started recording again at BPM Studios, experimenting with noise, woodwind instruments, strings and percussion. In April 2017 their first LP „Desert Y“ was released via Deny Records. After playing a record release show in the Youth Cultural Center in Skopje, and couple domestic cities, the records was promoted in Serbia and Greece, and on the well known local festival „Zdravo Mladi“ , „D Festival-Dojran “ and „Skopje Beer Fest“. The band just released a NEW SINGLE called Absorb!