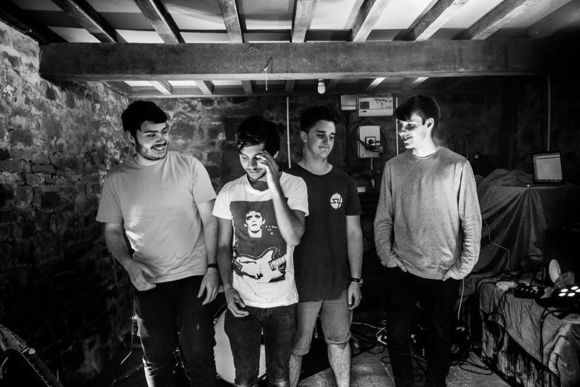 Over and Out are an indie/punk-pop band originally formed in the scenic Lake District, now based between Sheffield and London.

OAO released their self-titled EP in the summer of 2014 on independent label Gold Mold Records, and followed the release with a 15-date UK tour in July. Earlier in the year the band supported rock heavy-weights Funeral for a Friend, Blitz Kids and Kerrang magazine favourites Natives. The band have also proved popular in their hometown, selling out three 250 capacity shows in the past 18 months. Over and Out have received praise and regular airplay from BBC Introducing for their last two singles '19' (the video for which was a Punktastic exclusive and featured in Kerrang) and 'Adverts', showcasing their emotive brand of punk-pop akin to Brand New, Taking Back Sunday and The Xcerts.

"These guys love playing live, they are putting together some fantastic material." - BBC Introducing

"Expect an alt-rock, guitar fuelled coming-of-age anthem that makes you feel like you’ve been listening to this band for years." - Cumbria Live

"For all those who believe music is only for those manufactured, commercial acts, think again. ‘Over And Out’ is living proof that music is a labyrinth of rare and pure brilliance, they’re raw, energetic and loud. Their unique sound will be swimming around your head for months." - Haunted Internal Waste