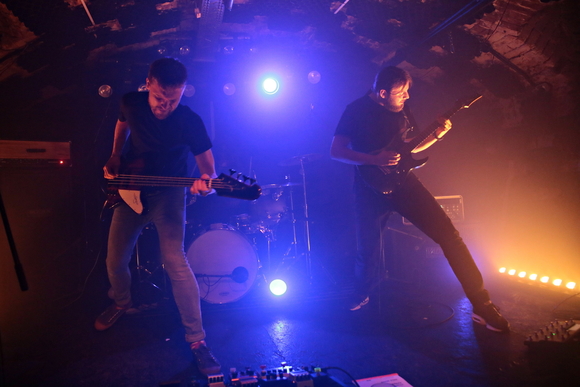 Their dynamic guitar driven music with energetic drums and playful bass lines offers a colourful palette of emotions and mood swings, often switching from soft and calm to fast and aggressive. Influenced by various different backgrounds, the band genre could be described as something originating in post-rock/metal territory with occasional punk and shoegaze-y excursions.

Since the release of their self-titled debut EP in 2015, Our Stories have played many shows and festivals such as Pohoda, Family Fest OA, AKM Culture Days or whoneedslyrics!?, sharing the stage with This Will Destroy You (US), Rolo Tomassi (UK), Her Name is Calla (UK) and many more. They kicked-off the new year 2019 with showcasing at the biggest European showcase festival Eurosonic Norderslaag in Netherlands. Followed by a release of their debut album Pursuit of Happiness and bookings at Pohoda festival, Rock for People and SHARPE.