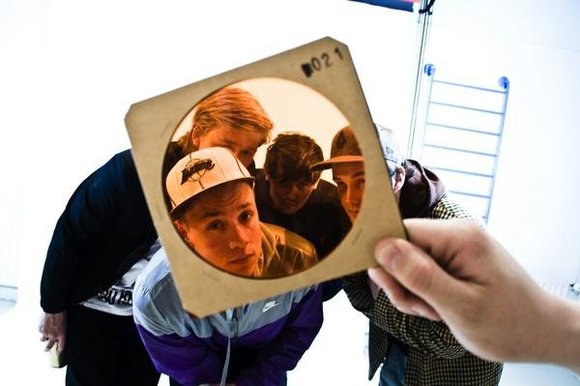 “Original Melody brought the rawkuz like they invented it!” -Pitchforkmedia. Original Melody is a Hip Hop group from Reykjavik, Iceland that has been producing music since 2002.

O.M. has released two albums: Fantastic Four (2006) and Back & Fourth (2010). Currently, we are working on an album that will be released online in the form of four successive EP´s.

Original Melody has opened for such acts as Raekwon, Afu-Ra, The Pharcyde, Guru from Gangstarr and other well-known hip-hop artist.

Our music has always been our chief biographer, but in brief: Original Melody (O.M.) is a Hip Hop group from Reykjavik, Iceland that has been producing music since 2002. O.M. has released two albums: Fantastic Four (2006) and Back & Fourth (2010) and has been playing various local venues from the time the band formed.

Currently we are working on OM Sessions; a collection of four EP albums to be released throughout 2013 and 2014 by Original Melody. These 'sessions' are an exploration of different Hip Hop styles with each album focusing on a unique theme.

'Apollo Sessions' is the title of the first installment in this series, and it offers variations on the theme of SUMMER in the form of classic 90s Hip Hop - a sound and a style that has defined Original Melody from its inception.

The second installment of the series is entitled 'Banana Sessions', featuring SYNTH-HEAVY BEATS and is mostly a experimental play on contemporaneous Hip-Hop music - quite uncharacteristic of O.M.'s usual sound.