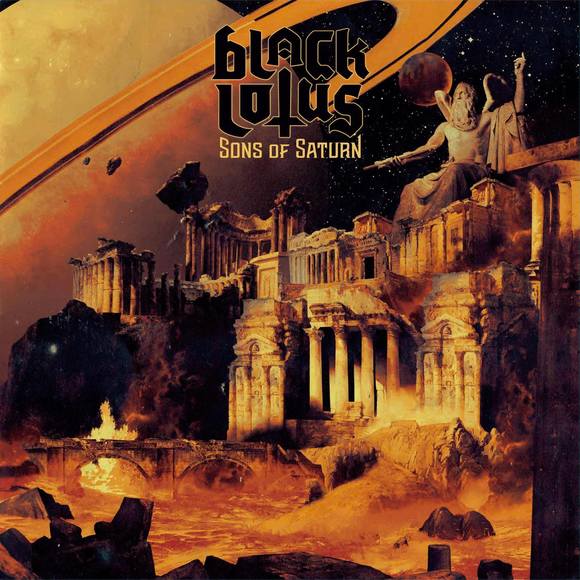 At the end of 2015 Hug Ballesta leaves the Barcelona based Stoner Metal band Dolmenn where he had been behind drums.

Since then his plan was to establish a new band to bring back the genuine Heavy Metal sound as a starting point: catchy riffs, heavy and dark, but with a melody. The idea was also the writing of lyrics which could transmit his personal view on things.

Some months later Charlie Gotaskullsun also leaves his position as guitar player at Dolmenn, and soon after Hug Ballesta offers him to join his new project. Besides the friendship they established since their meeting in the band, Charlie’s raw and dense guitar sound was perfect for the project.

Several musicians tried to join the band till late 2016, but none of them fully fitting in the Black Lotus sound.

Finally, on February of 2016 the Chilean bass player Christian Vil joined the band to complete the line up, with him also taking on the lead vocals role. His creativity gives the band the necessary final push to get into the Moontower studio at the end of 2017 and record their debut album “Sons of Saturn”.

Black Lotus sound is grounded in the diverse influences of the band members. Traditional Heavy Metal is the common factor and driving force of the band proposal, but alternative sounds of the 90s, Stoner Rock, Doom Metal and post metal genres are also colours in their palette. Their compositions are embracing all those influences without limitations or dogmas.

Likewise, lyrics are eminently symbolic, expressing a dystopic vision of society and their view of the world. Classic mythology, occultism, and personal experiences and visions are the sources for their compositions.

The aim of the band in the coming months is to find a record label to launch their already fully produced first album and defend it on stage. See you on the road!