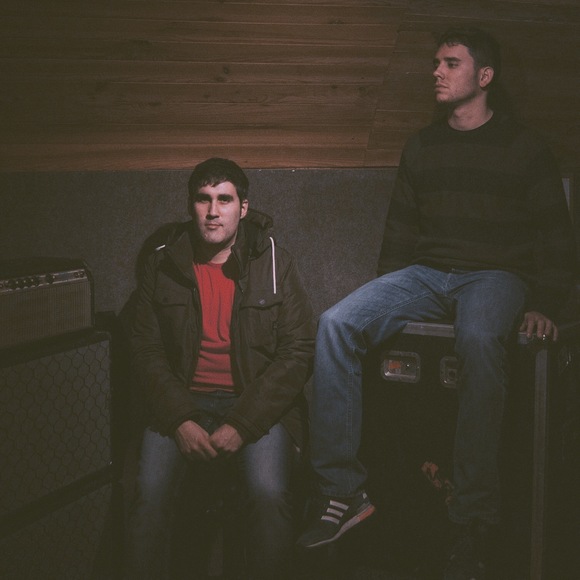 Orange Broek began its music career in 2006 as P​ere Jurado’s solo project, after the dissolution of the band called M​étro (2002-2005) in which he played the keyboards.

After some collaborations with other artists from Barcelona’s music scene, i​n 2010 published his first solo album called ‘Metropolis’, an electronic soundtrack for the Fritz Lang’s classic film.

After three years composing for his own benefit, Pere decided to publish 5 more pop and less experimental tracks on a self-produced EP called S​oroll (Noise) in September 2013. This EP had an important impact on indie music blogosphere in Spain. The central track from the EP - Coco Chanel - reached the number one on the T​op Pop IN list, of the prestigious blog A​stredupop, in October 2013; as well as on several lists of the best Spanish songs of 2013.

The warm welcome of 'Soroll' prompted the release of an LP in April 2014. In the album, the tracks from the EP were remixed and some discarded songs were added. This LP, entitled O​range Broek,​was issued as self-edited work in digital, CD and cassette formats. The physical format of this LP was performed through a crowdfunding campaign on Verkami. The original fundraising target was nearly doubled at the end of the campaign. The LP obtained very good reviews and was, once again, among the music highlights of the year for independent music blogs such as A​stredupop,​L​a Voz Telúrica​or G​racia B.​
During the summer of 2014 Orange Broek performed in several local festivals in Barcelona, a​s the O​pen Air Festival or C​icle I Inèdit B-Music.​It was also one of the 30 finalists of the first contest S​tage by Sony​at the P​rimavera Sound​music festival.

In September 2014 the formation grew into a duo with the inclusion of Arnau Feixas, who did production tasks in the Orange Broek concerts and who is now responsible of providing the guitars and percussion to the group. The first song written by this new ensemble is R​espira (Breathe), the B-side of the maxi-single S​ilencio (​Silence), mastered by Santi Capote at T​he Punch Studio in Madrid, which was released in digital format on December 19th.

Currently the duo is preparing a concert tour with confirmed dates in Sabadell, Barcelona, M​adrid, Valencia and Paris. At the same time, they are working on song remixes, collaborations with other artists and new themes that will lead to a new album at the end of 2015.