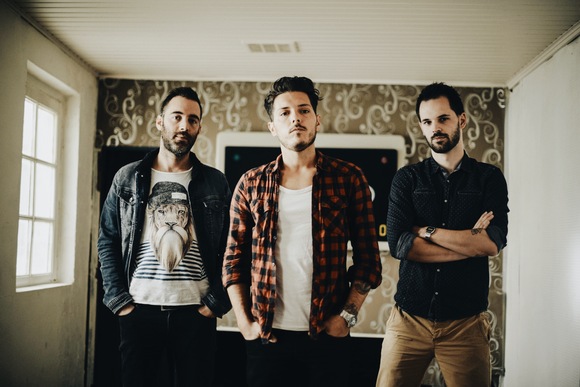 The group was originally formed by two friends having known each other for a decade.

Together they felt the desire to explore pop- rock sounds, even old compositions, while maintaining a single driving force; the melody !

The Open Seas adventure began in late 2011 with the release of the first EP "All These Years". Together they felt the desire to explore pop- rock sounds, even old compositions, while maintaining a single driving force; the melody !

A true Greater Region group, Open Seas plays pop tinged with rock together with catchy tunes accompanied by guitar sounds that are punchy at times and dreamy at others. The group also enjoys unplugging their instrument to play acoustically and becoming intimate in their sound.

In 2012, as part of their first album promotion, the band played more than 30 concerts in Luxembourg, France and Belgium. They also released a music video for “You Are The Sun” their first single, that successfully reached local radio. At the end of the year Open Seas made a guest appearance in the finals of Printemps de Bourges at “l’Autre Canal” in Nancy.

Continuing their musical journey, Open Seas brought out a new EP in April 2013 entitled “Stronger” to a packed venue in Luxembourg City. This was quickly followed by a dozen concerts, a TV appearance (an acoustic showcase broadcast on RTL), and singles in playlists on major radio stations across the country (RTL, Eldoradio, DNR, Radio Latina among others).

At the end of 2013, the quartet became a trio and worked on a new single "I Keep on Walking" released in February 2014.