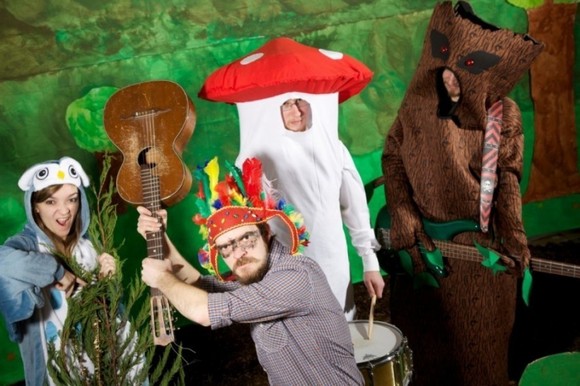 Onk Lou & The Better Life Inc. are available for Shows all year long!

Lukas Weiser (aka Onk Lou) is a young & talented Singer/Songwriter from Ollersdorf, Lower Austria, who gained ground in Vienna. His Songs tell stories about dropouts, who should have stayed at home and home-stayers, who regret never going out and most of all, what to do when a pack of wolves is hard on your heels.

Onk Lou's Music constists of variable rhythms, catchy melodies as well as a strong and overwhealming voice. Truly a musical cocktail mixed with a cup of Songwriting, 2 tbsp of Folk, 1/8l of Pop and finished with a big portion of Rock'n Roll. Onk Lou is a full blooded musicians, since he manages to record every instrument of his eps/lps himself.

When it comes to playing live, this can be a problem, so therefore he gets backup from his band The Better Life Inc. After tons of shows in Austria as well as some festivals, Onk Lou played some Shows in Germany, Italy & Rumania and he is ready to play his joyful music to the entire world. Onk Lou is also available for solo Acoustic Shows, making travelling much easier. Get in Touch!