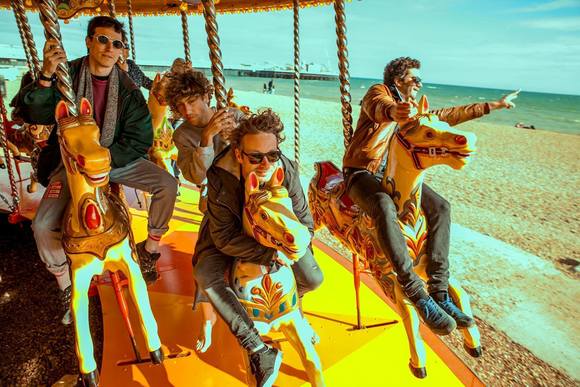 With This Heavy Sea, voted best album of the year in 2013 by the SRF, a tour in China in 2014 and growing recognition in their native Switzerland, One Sentence.

Supervisor have a very promising future ahead of them. Formed in Baden in 2011, OSS recall the phantoms of the eighties with their catchy, misty new wave pop, unencumbered by too many references. A universe that is hard to categorize, in which omnipresent synthetic sounds meet tense repetitive rhythms without ever becoming tedious. As for their obsessive melodies playing between shadow and light, they are tinged with psychedelic colours that unfold like some celestial stairway towards the imaginary. In fall 2016 they released their new record "Temporär Musik 1-13" through Swiss label "Oh, Sister! Records". It was voted for the «Indiesuisse Album of the year»
OSS is Donat Kaufmann (guitar, vocals), Chen To (guitar), Koni (bass, backing vocals) and Dominik Meuter (drums).