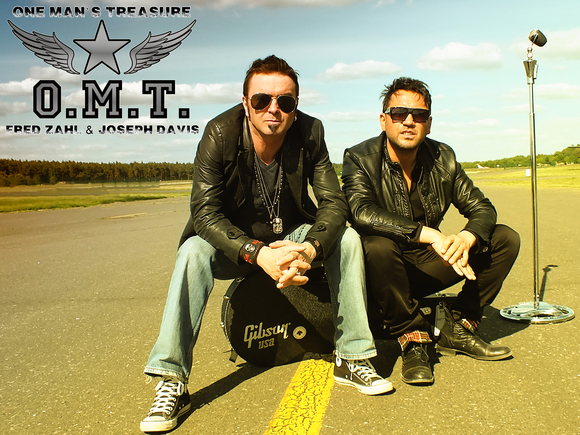 "One man's trash is another man's treasure", you probably know the expression , and it sure goes well with the story of Fred Zahl , songwriter/producer/guitar player and Joseph Davis, a multi octaves vocal acrobat. In 2011 Zahl produced and released the album
“History” with Jimi Jamison (Survivor).The album recieved very good critics over Rock and AOR medias and was the beginning of the very personal projects of Fred Zahl. In 2012 Jimi Jamison had to return to Survivor for a reunion tour and so it was time to find a new voice for the OMT project. The internet linked Zahl to Jamison, so once again a beautiful story happened when Zahl discovered on Bobby Kimball's site a singer with the strange abilities to perform Queen, Toto, Survivor's songs with a smile. Zahl was impressed by his talent and asked the singer to join OMT. It took Davis approximately 99 seconds to make his decision! He had many projects before, but too much compromising who he was: a Pop Rock singer. So the story goes on…
Get ready for One Man's Treasure feat. Fred Zahl & Joseph Davis .