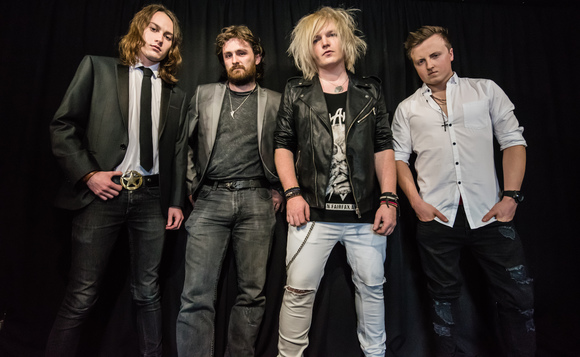 Founded in the UK’s North East Twister is a refined, accomplished pop/rock quartet.

This young exciting high-energy band is fronted by Stevie Stoker, a charismatic singer who can work a crowd like the professional he is. Twister’s natural ability to connect with their audience is self-evident at every concert and they are renowned for giving an amazing show at every performance. With over 90 minutes of rock and pop anthems and a dedicated following they easily turn heads throughout their home territories and eager to take on the challenge of stages around the rest of the UK and Europe for the ride of their lives.
So far during their time Twister have played with household names including Status Quo, Simple Minds, Texas, Scouting for Girls, Jools Holland, The Joy Formidable and are frequently the headline act in music venues such as the O2 Academies. As well as supporting and performing alongside Guns ’n’ Roses Guitarist Ron Thal (Bumblefoot) on his 2015 tour of the UK and are due to main support for CAST at SummerFest in August 2016. Working their way up through the rounds all over the UK, Twister finished in overall second place out of 12,000 acts in the Surface Festival.