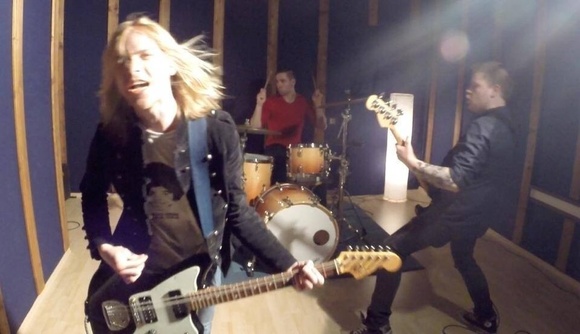 NOISE is an Alternative Rock band from Iceland.

- noise was formed in 2001 by brothers Einar Vilberg & Stefan Vilberg.

- In 2003, noise released their debut album "Pretty Ugly". One of the songs: "Paranoid Parasite" became a hit on the local radio stations.

- noise released their second album; "Wicked" in 2006. Wicked signaled some significant changes for the band, being a subtle departure from the previous one. The album got great reviews.

- The 1st single off the album "A Stab In The Dark" has been hugely successful in Iceland since it´s release in September 2010. The song was picked as one of the top 10 songs of 2010 at Rjominn.is. DIVIDED was also placed among the top 10 albums of the year.

- noise have received fantastic reviews for their live shows, by journalists from magazines like Rolling Stone & The Iceland Grapevine.

-noise are currently putting the final touches on their 4th LP which is set for release in 2014.