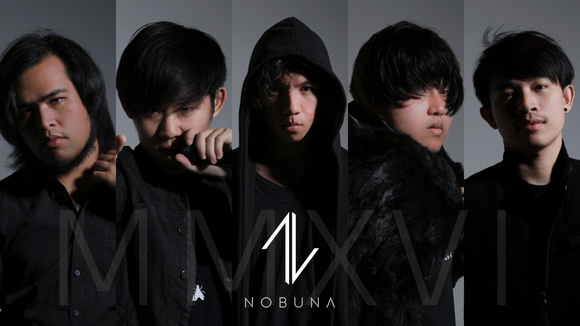 Nobuna is officially formed in 2014. It all started off from Virgil, the drummer of the band came up with the project to start a post-hardcore/alternative-metal band, so he invited Maze (ex-clean vocalist), Heart, Tle, Film (ex-bassist) and Noom to join. Our first release was "The Rise" music video, which we'd received quite impressive feedbacks. After two months, Film decided to leave the band, therefore we had to carry on the band without an official bassist. August 2015, we dropped "My Battle Cry" that was, according to our fans, considered to be our masterpiece. At the end of the year, Maze left the band, and so Chung and Wave joined in, and that's our current line-ups. We released "Your Masquerade" at the beginning of 2016 as an introduction to the new vocalist, and left an almost one-year gap to finish recording our album, which will be released in April 2017. Yesterday (22.Jan.2017) we just dropped our 4th single called "Crown of Blood" as an introduction to our album release. The link is below.