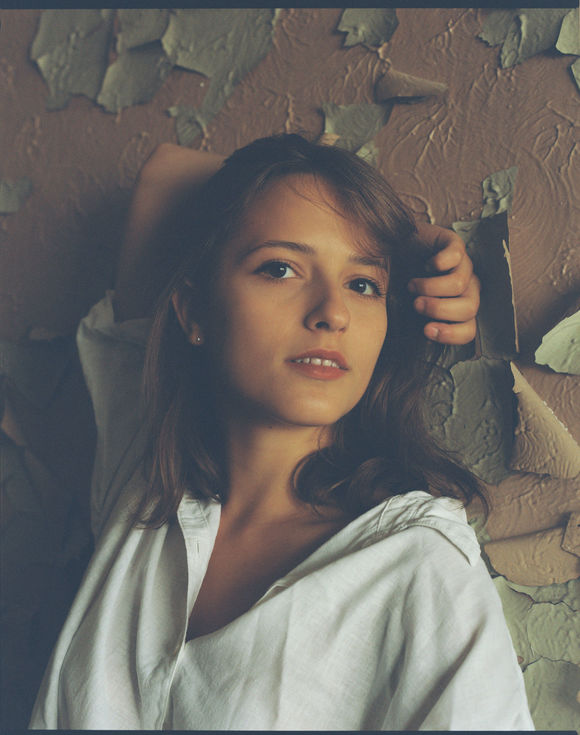 NINA KOHOUT is a 19 year old artist currently based in London.

In her music, she connects the eerie atmosphere of old Slovak folklore, classical music, and the freshness of innovative elements. Subsequently, she creates her own timeless, rather strange, and anarchic musical world. All the previously mentioned results in a complex, in places unsettling, at other times heavenly beautiful sound, forming a constant conversation between an invasive horror and a fragile purity. Nina Kohout is a sonic storyteller who pushes the boundaries of musical obedience and she represents a unique name on the scene.

Apart from her solo career, Nina is known to the audience for her collaboration with the electronic band Autumnist, with which she performs regularly, for example at the Eurosonic festival in the Netherlands. Last year, Nina won the Radio_Head award for the Newcomer of the Year 2020 (curated by the Slovak national radio), which she received for her debut single Blue Sunray. With her debut EP Pandemonium (released 2/2/2022, Deadred Records), Nina, both as an artist and producer moves from fragile acoustics to the study of sound. Throughout her career, she performed all around her home country Slovakia, as well as in the UK, Czech Republic, and Poland and she supported acts such as Lola Marsh and Cathy Davey.