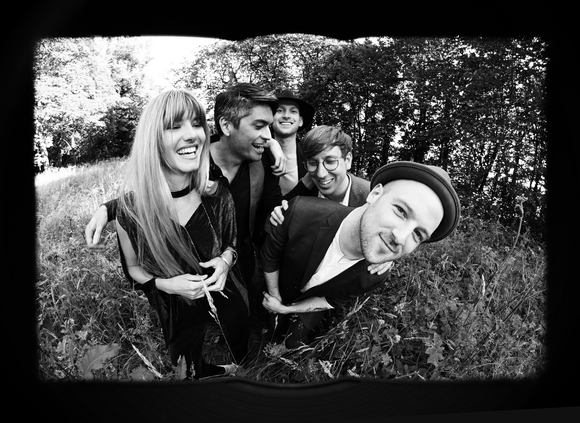 Night Flowers are a London-based indie-rock quintet, whose joyous combination of vocal harmonies, glistening guitars and reflective synths forms irresistible romantic pop that has wooed the world over, drawing comparisons to the dreamier side of Creation Records' shoegaze era whilst forging an enchanting, heart-stirring sound of their own.

The release of their long awaited debut album 'Wild Notion' in 2018 received widespread praise, with the band touring ever since. The past year has seen headline shows at London’s Lexington, Moth Club, two Japanese tours and festival appearances at Bluedot, Kendal Calling and Indietracks, adding to previous tours with The Pains of Being Pure At Heart and Japanese Breakfast, european dates and main stage performances at End of The Road and Visions.

This spring they visit their fans around the UK with two headline tours, joined by Beezewax (Norway) and Homecomings (Japan) as well as headlining the prestigious Cologne Popfest, as they prepare to unveil a wave of new material, fully reaffirming why everyone has them pinned as a true indie-pop sensation just moments from boiling over.

“Night Flowers stand out from their modern peers merely because they're the rare band that sounds like they want to do just that.”
– Pitchfork

“Wild Notion is an album that’s been a long time coming, but it’s worth the wait” - Noisey

“glimmering guitar music that manages to be bright and poppy without giving up its melancholic mood.”
– Stereogum

“Night Flowers’ gifts for harmony, and their rich, pastel sound seem primed to make this kind of rainy-day pop.”
– The Line Of Best Fit

“The jingle jangle of the 80′s pop bangle mixed up with early nineties shoegaze.”
– BEAT Magazine

“Revisiting the dreamiest side of Creation Records’ shoegaze sound.”
– Loud And Quiet Magazine

“Wide-eyed and endearing..”
– The i Paper

“inch-perfect dream-pop with all the potential to be massive.”
– God is in the TV