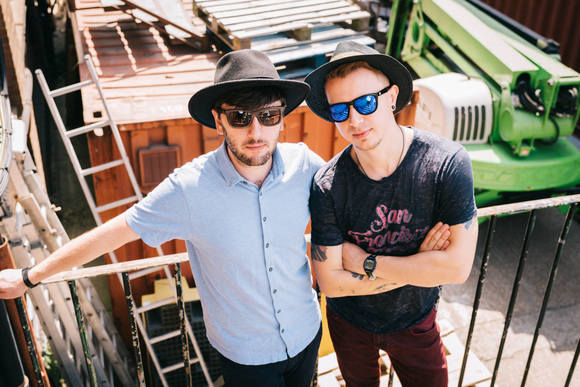 In Sao Paulo, Brazil, 2010, Rafael Tolemak was mixing rock with electronic music in a duo called Next Fix.

His urge to merge the sounds of Kasabian, Klaxons, Franz Ferdinand and LCD Soundsystem came together as a debut album that was enthusiastically received, with the single “Hot love” (2012) getting aired on MTV Brazil.

Three years later, having moved to London, it was through a Gumtree ad that he found drummer Edward, who was looking for an Electro Rock band to play in. Organic beer and roll up cigarettes brought the duo together in Soho, London.

The two musicians from different backgrounds and continents found they had a lot in common. The duo “Next Fix” was born again in London.
They released two EPs, “What we need” (2016) and “The Outskirts” (2017), and took their high-octane mash up of bleeps and craziness into festivals and venues throughout the city: Camden, Kings Cross, Shoreditch, Dalston. Using electronics to trigger crazy twists and heavy riffs, they are conquering the hearts and ears of rock lovers, electro geeks and mindful thinkers everywhere.

Next Fix are set to release a string of three new singles in 2019 on The Animal Farm label..