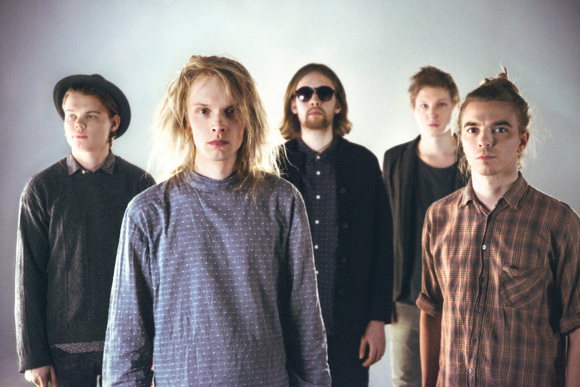 ”Very rarely an album embodies polarizing attributes so exquisitely - delicate yet discordant, intricate yet spatial, and emotionally resonant; Orange Morning weaves an empyrean sonic tapestry.” -Prefix Magazine, USA ”Their knack for combining ethereal, dreamlike melodies with pop sensibilities evokes the more accessible moments on tunes such as Sigur Rós' 'Gobbledigook'." -DIY Weekly, UK ”Fascinating five piece who create perfectly crafted shoegaze-tinged melodies, and expertly team them up with soft, nostalgic vocals.” -Nordic Playlist, UK ”Epic guitar walls, tender vocals and even more reverb team up for little psychedelic trips … Not many newcomers can come up with such a fulfilling debut, but NEØV clearly did.” -Nothing But Hope and Passion, DE ”NEØV from Finland should get your attention, if you are into noisy dream pop with bittersweet melodies.” -Nordic By Nature, DE NEØV's origins go back to the late 90's and a small town called Juankoski in Finnish Lakeland, an area with thousands of blue lakes and tree-covered islands.

Two brothers Anssi and Samuli Neuvonen started making music together since early childhood, and after moving to the town of Kuopio, they formed the band Neufvoin, released a couple of sold-out ep's, toured in Europe, went through some line-up changes and started a new life under the name NEØV.

NEØV's debut album ”Orange Morning” presented the bands characteristic sound palette: floating melodies and flowing rhythms mixed with layered guitars, dozy keyboards and horns. The band's home town Kuopio is a city surrounded by lakes, with several parts of the town built on small islands. The influence of their surroundings can be heard in the band's music: it's expansive but quiet, grandiose but intimate.

NEØV are currently in the studio recording the the follow up to their acclaimed debut album.