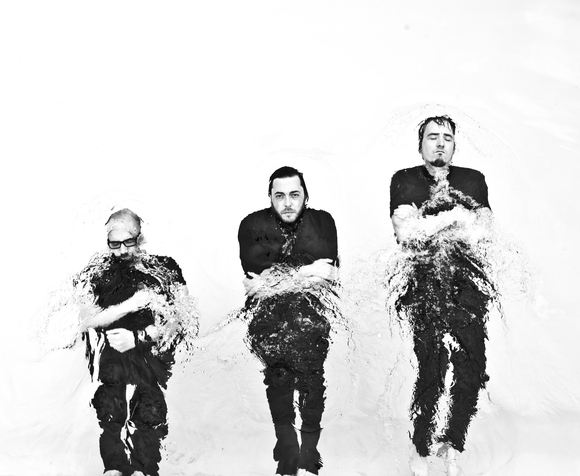 In the studio as well as on stage, nÄo develop and shape melancholic and aerial music, exploring moods from contained rage to lyrical digital outbursts.

The adventure begins a decade ago when Pierre-André decides to create the nÄo entity, in 2002.

Like a surgeon, the founder Pierre-André meticulously crafts mesmerizing melodies and down-tempo beats. His penchant for synthetic layers and for skillfully chiseled keyboard compositions gives his music a unique and strange atmosphere, progressively immersing the listener into nÄo's world.
Thibault and Jordan add their rhythmic impulses and abrupt riffs, creating a mesmerizing combination of playful electronica and anthemic, impulsive rock elements, resulting in something very unique and powerful.

Oscillating between contained rage and digital fury, nÂo deploy a federative and communicative power which is as well right for a rock public as for electro music fans.
The synthetic layers, the keyboard arrangements, the guitar noise riffs and skillfully orchestrated videos add an immersive atmosphere to the set.