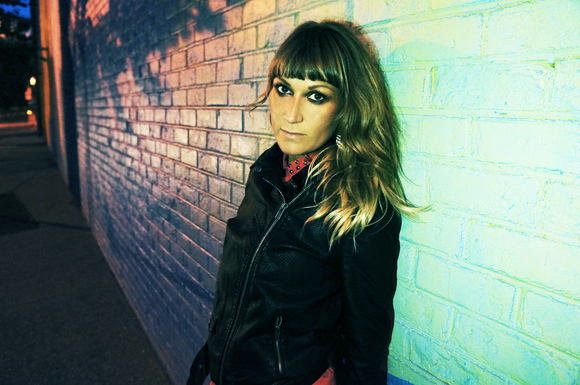 Naja Rosa renews a classic blend of influences from Soul and R&B mixed with modern edgy Pop, that makes the music relevant to new ears of today.

With a both rocking and moody sound, she mixes lazy hip-hop beats with surf guitars and catchy soulful hooks that may be reminiscent to a Tarantino soundtrack. Her vocals are deep, soulful and pure, giving remembrance to the likes of Stevie Nicks and Dusty Springfield. Naja Rosa’s upcoming album (to be released Aug. 2014 @ Universal music) takes her music to an urban and big city sound, recorded in Brooklyn, New York, where Naja Rosa now resides. The album is recorded with amongst others engineer Frans Mernick (ASAP Rocky, Lykke Li a.o.). Written and produced by herself together with drummer/co-writer/life partner Anders Holm.

A child of music, born into a family of many songs and stories, Naja Rosa grew up in the south harbor of Copenhagen. Her mother and father, Annisette and Thomas Koppel, founding and leading members of the legendary Scandinavian Psychedelic Rock group “The Savage Rose,” took her on the road before she even landed on this planet earth. Naja was singing and writing songs from an early age and went on touring in her parents’ group for almost a decade. She’s traveled everywhere with music and has now released two solo albums, which both has received massive critical acclaim from critics and audience.
The first self titled album “Naja Rosa” (2010) debuted with rave reviews and went in straight as #4 on the official Danish album chart, earning her a nomination at the 2010 GAFFA Awards as Best Female Artist. The album recorded in Copenhagen, and mixed by the renowned Bryce Goggin (Antony And The Johnsons, Phish, Pavement, Nada Surf, Joan As Police Woman a.o) in his Trout studio in Brooklyn, New York.
Naja Rosa's sophomore album “The Place I Call Home” (2012) entered on the official Danish top 5 album chart and also going straight in at number 1 on the Itunes album download chart first week of release as well as being picked as “Album Of The Week” on Danish national radio station P4.

Naja Rosa and her band are well known for their staggering live performances and they've toured massively hitting stages from Copenhagen to NYC. Her debut concert in 2010 at Denmarks “SPOT Festival” main concert hall made standing ovations, and with GAFFA Music Magazine (leading Danish music magazine) giving her and her band 6/6 stars for their soulful, honest and rocking performance. Naja performed at the official SXSW Music Festival (2013), where she played shows at, amongst other venues, The Victorian Room at The Driskill as a part of a line-up with Ron Sexsmith as others.