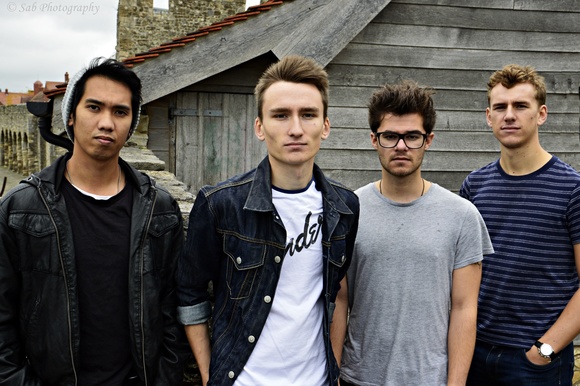 Myriad are an Indie Pop-Rock band based in Southampton.

In October 2015, 4 lads from Hythe, Basingstoke, West Sussex and the Isle of Wight crossed paths at Southampton University.
Originally known in their Jazz and Pop class as 'Band D', Myriad started off as a covers band, learning songs by the likes of Red Hot Chilli Peppers, Foals and Maroon 5.
Since their first gig at The Talking Heads for the Share the Sound Festival 2016, Myriad have grown and developed their sound into high energy indie pop-rock music.
They wrote their first song 'Symphony' in summer 2016 and have been writing originals since.

Our influences include: Catfish and the Bottlemen, Biffy Clyro, Two Door Cinema Club and The 1975.