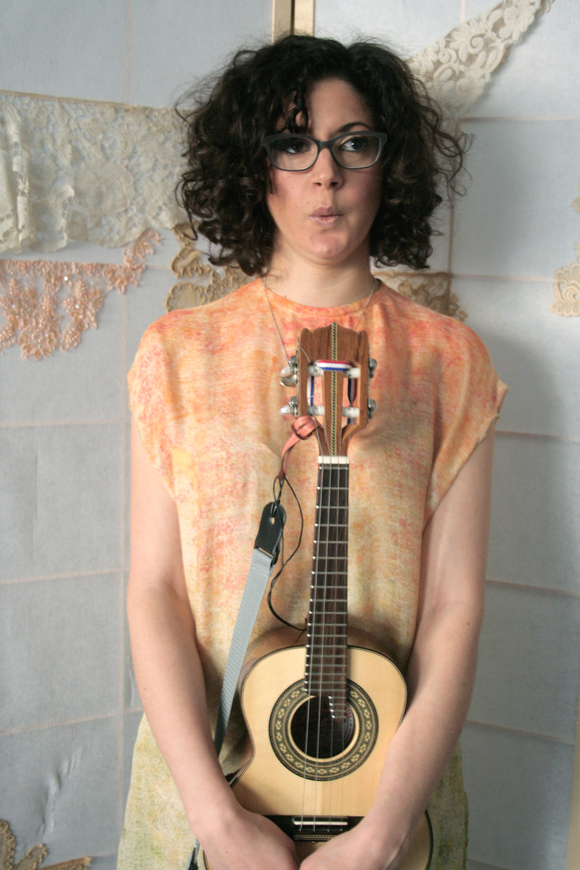 The music and lyrics of Myra Moreta are first and foremost honest.

Whether she is describing the antics of her cats or ridiculing past lovers, she is singing the truth. Moreta deftly employs humor alongside the poetry of longing and sadness. Her utility of melody and harmony is steeped in folk and classical musics from around the world and it undergirds her unique style, itself the product of a remarkable technical facility which engages the subtleties of human emotion.

Originally from a small town in California’s Mojave Desert, Moreta began concentrating her musical efforts on songwriting after moving to Seattle, WA in 2009.
In 2010 Moreta moved to Berlin, Germany from Seattle where she met contrabassist, Adam Goodwin (US), vocalist and composer Naomi Pinnock (UK), sitar player Chandra Sunar (DE), and percussionist Sebastian Flaig (DE) who are featured on the album. She invited long time friend and violinist, Israel Heller (US) to record and their resulting version of “You Are My Sunshine”(released April 25, 2014) has been described as

“a mildly dissonant arrangement that may be the best interpretation of the song yet. This song has been recorded plenty of times in a folksy/ western style but here the skies are dark and the loss of love is heavy. It turns out this song isn’t very happy at all, in fact it’s probably one the most existential, loss of love songs I’ve heard in a long while.” –Topanga Messenger (to be published June 2014)