My Favourite Runner Up 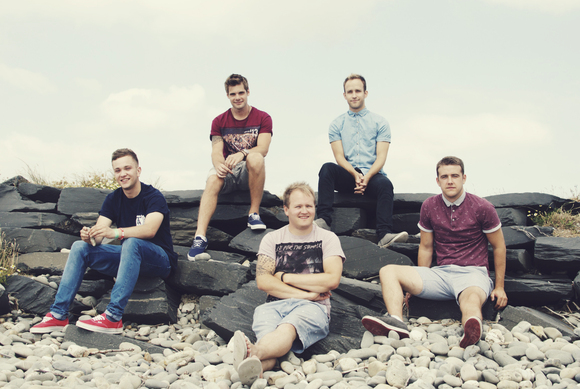 Born in Northern Wales in 2006, My Favourite Runner Up were brought together by their common affection for New Found Glory, Jimmy Eat World, and Mayday Parade.

Taking cues from their influences, the band have fashioned their own take, bringing together alluring hooks crossed with cut throat riffery; and the result is sure to win over any modern day rock fan.

Their debut EP, 'Thoughts, Feelings, Actions', received coverage from BBC Radio One, Scuzz TV and airplay on Kerrang! Radio, as well as securing widespread acclaim including impressive reviews from Rocksound and Dead Press and a feature interview with Big Cheese Magazine. Singles lifted from the record also gained airplay on all major UK radio stations, and the video for the single 'Let It Ride' was play-listed by Kerrang! TV.

In addition to their steady recording output, My Favourite Runner Up have always had a healthy appetite for live shows. To date, they have shared stages with the likes of Tonight Alive, Madina Lake, Mallory Knox, Kids In Glass Houses, Blitz Kids, Save Your Breath, Bury Tomorrow, The Hype Theory and Neck Deep, and toured with ‘I Spy Strangers’ and ‘Kids Can’t Fly’. Last year was also no different for the band as they relentlessly toured throughout the UK and Europe, further cementing their place as one of the new bands to see live. After a hectic touring schedule, the quartet bedded down in the recording studio with well-regarded producer Romesh Dodangoda (Motorhead, Funeral For A Friend, Kids In Glass Houses, Twin Atlantic) at the controls once again. MFRU now release their full length debut album ‘Crossroads’ which features eleven tracks stacked withthoughtful arrangements and concise and twisted riffsthat entwine perfectly with contagious vocal lines. Look out for the anthemic ‘Poison’, which is set to be released as their first video single, and keep your ears to the ground for extensive tour dates as the MFRU boys plan to further stamp their name on the UK scene.

My Favourite Runner Up are a five piece rock band from North / Mid Wales. Formed in February 2006, MFRU have become known for their fast paced, energetic live show all over the UK.

2009 saw 'My Favourite Runner Up' reach the Grand Final of the National UK Live & Unsigned competition, beating off over 10,000 acts to get there.

In 2010, MFRU released a 5 track EP that was recorded with Romesh Dodangoda at LongWave Studio and released a single from it along with a music video shot by Sitcom Soldiers. The single and EP has received airplay on numerous radio stations including BBC Radio 1 and being featured by Alex Baker along with an interview with Chris on Kerrang! Radio and the video for the single is on the Scuzz TV playlist.

In 2011, MFRU have toured relentlessly in pursuit of gaining as many fans as possible. The most successful being a tour in May with Birmingham rockers ‘I Spy Strangers’ and a September/October tour with ‘Kids Can’t Fly’. Through touring, the band have become a very accomplished live act, getting positive reviews and a legion of new fans.

Their latest EP 'Thoughts, Feelings, Actions' was released in August 2012 and received countless great reviews from the press, including Rocksound and Dead Press and led to the band being featured in Big Cheese magazine. Tracks from the EP have gained airplay on all major UK radio stations and the video for the single 'Let It Ride' is on the Kerrang! TV playlist.

MFRU have toured relentlessly since, heading out to Europe at the end of 2012 and have just got back off the road with Pop Rockers Reachback as well as working with Romesh Dodangoda again on their first full length album to be released early 2014.

MFRU are Proud to Endorse;