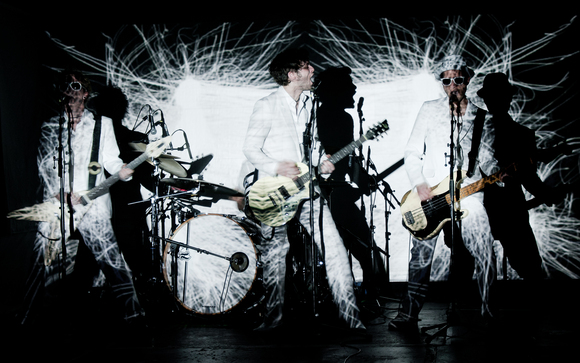 This is grunge-influenced rock music.

A little Soundgarden here and there, some Pearl Jam now and then, yet­ functional as a can of beer. MR.WU is a four piece band which set out into the world to find themselves there, or more precisely in Berlin.

Up to now, the young group can look back on first publications and a series of concerts in England and Eastern Europe. MR.WU just released a music video of their new single “Harakiri”.

MR.WU was originally comprised of PINK AS A PANTHER band members, MICK MORLEY and ZACCARIAS FOCHS.
Over the course of a eleven-year span, PINK AS A PANTHER played hundreds of shows internationally, including seven extended UK-tours as well as one US-tour. In early 2010, MICK left the band to focus on his career as a photographer and in 2011 PINK AS A PANTHER was joined by musician ANDY FALL. The latter’s influence on the sound of the group contributed to the transformation of PINK AS A PANTHER into the band that is now known as MR.WU.