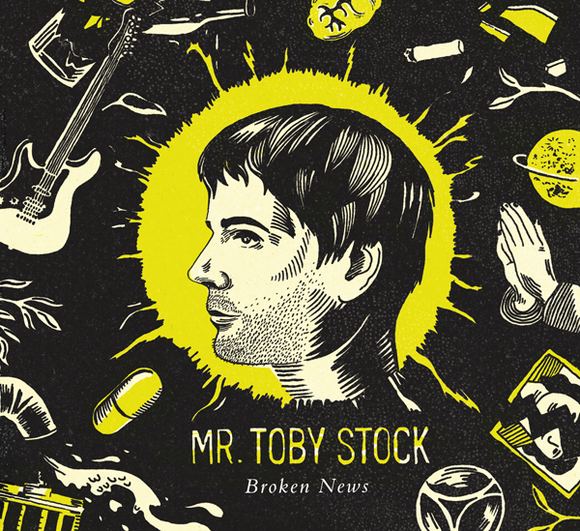 TOBY STOCK, 37 years old, living in Berlin since 13 years, was always buisy playing live
music in the international music scene of Berlin. After many years as a guitarist in various bands, he started to write his own songs 5 years ago and found his way to lead vocals while still playing guitar and harp.
As in spring, 2014, his last band split up, he decided to write his own solo program that he performs either solo or together with guest musicians on stage.
His influences are: afro-american delta-blues, roots- and country music and the wild, vital folk-,
rock-, soul- and pop music of the 60s (e.g. Beatles, Stones, Bob Dylan, The Who, The Kinks,
Doors, Led Zeppelin, etc.).
But also contemporary artists like Steve Gunn, Beck, Black Keys, White Stripes, Gomez,
Radiohead, Jon Spencer Blues Explosion, Badly Drawn Boy, Felice Brothers, Timber Timbre, The
Kills, etc. are an important influence for him.
In december, 2014 he released his first, completely self-produced, EP „Broken News“ which he
recorded live in only one morning in spring, 2014, in a small studio in Berlin-Neukölln. „The
recordings sound like an intimate live gig in a small, cosy bar with fireplace“ says Inga I. who has illustrated the cover of the EP by creating beautiful hand-drawings.
TOBY STOCK is mostly touring all around Germany, (however, also somewhere else in the
world) to sing his songs about love, longing, friendship, separation, freedom, loneliness, etc..He
performs with passion on all stages, life offers him.