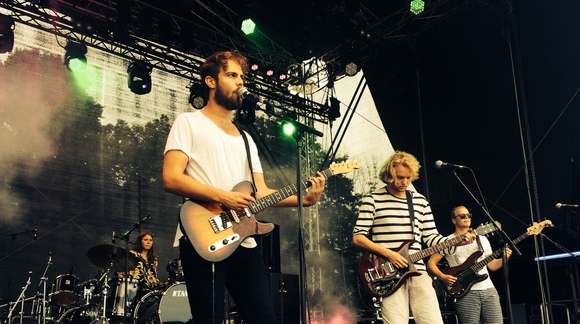 Bukit is a Dutch four-piece indie rock band formed in 2014. After two rehearsals they already toured in Germany and The Netherlands. In september 2014 they released their first single ‘Kings/Why am I always drunk?’ which is recorded in Massive Studio, Bandung, Indonesia.. They are known for their reverbish rock sound. Mr. Bukit was part of the 'Amsterdamse Popprijs'. Currently they are already finishing the writing process for their follow up EP.