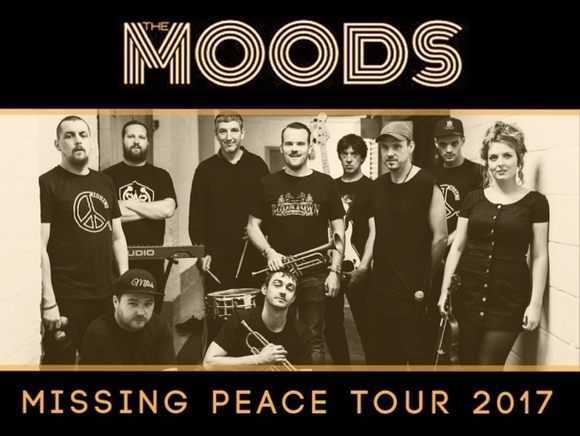 Band bio - The Moods were born out of Boomshack Studios, Manchester in 2015.

What started out as a musical experiment of the studio engineers quickly caught the ears of other local musicians who wanted to be a part of this musical movement.

As the writing gathered momentum it caught the attention of the Manchester music scene and the decision to take this music live was a no brainer.

They have since sold out a number of shows in their home town and have taken the Moods party across the UK from as far as London to Glasgow.

They are currently putting the finishing touches on their debut album and are touring throughout 2017.