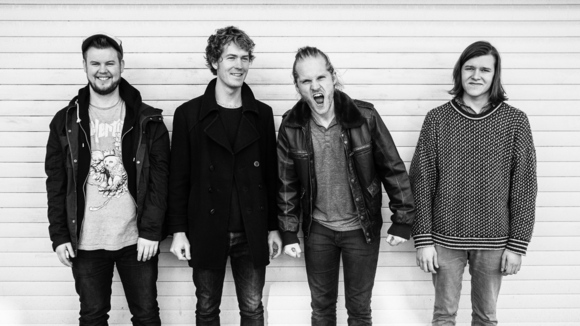 Rock-solid guitar riffs lays down the foundation for Monstereo’s music.

Their spaced out musical journeys are both accompanied by hypnotizing jams and uncompromised fragments of noise. The quartet experiments with both psychedelic rock and indie, but always with a strict attention to strong melodies and riveting grooves. Their debut album, «Spacesuits, On!», was the very first to be released on Klangkollektivet, the 22nd of February 2013. The album was the best selling vinyl at the local record store the first period it was out, and it received well reviews from both local and national press.