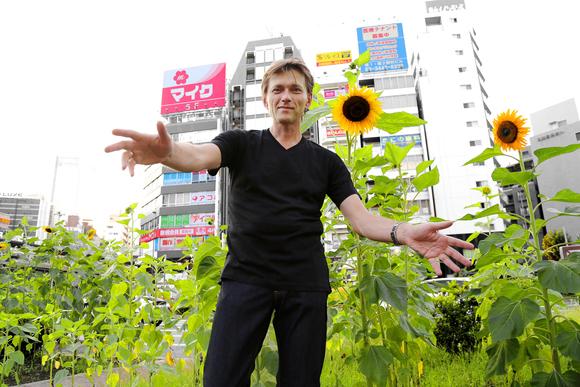 Producer since 1990 - Live Act since 1990 - DJ since 1992 from Berlin/ Germany As bold as ever, Techno music has always been at the centre of Mijk van Dijk’s musical universe, the place he calls his ‘microglobe’.

Not satisfied with only mixing moving beats and emotive sounds, Mijk is dedicated to spreading a message through song titles, samples and his own lyrics. The idea of a microglobe: sharing ideas and music with people across an ever more connected planet and the facets of electronic music just being audible continents in a world of music continues to shape his artistic imagination.

Throughout a career that now spans 29 years in electronic music alone, Mijk has produced with and for a diverse number of artists, including DJ Hell, Claude Young, Takkyu Ishino, Thomas Schuhmacher, DJ Rok, Toby Izui, Tanith, Cosmic Baby, Namito, Rummy Sharma, Rob Acid, Tom Wax and Martin Eyerer. He has also remixed Moby, Denki Groove, 2raumwohnung, GTO, Frankie Bones, Humate and Emmanuel Top, to name but a few. One of his most acclaimed productions to date – the Marmion tune Schöneberg – was conceived in collaboration with Marcos López and is considered as one of the eternal classics in House and Techno.

Mijk has toured worldwide and developed an especially strong bond with fans in Japan, where he released on major and independent labels, such as Sony Music and Frogman Records.

Being a practiced musician Mijk van Dijk has played live to audiences of tens of thousands, as well as jamming with music artists of different disciplines and genres. His DJ sets may often include live elements such as drum machines and effects, making each a fresh and exclusive experience.

Microglobe is now home to all the different shades of Mijk’s musical style. It began as a project name under which he released his first album Afreuropamericasiaustralica and now represents his new label microglobe musik produktion which merges all the influences of Mijk’s music in one distinctive musical message.
Other releases due to be released soon in 2019 are his debut EP on Trapez Records as well as works for the relaunched legendary Techno labels Force Inc. and djungle fever.

Mijk van Dijk was already called Multi-Mijk by Germany’s leading Techno mag Frontpage in the early 90s. This is truer today than ever before.