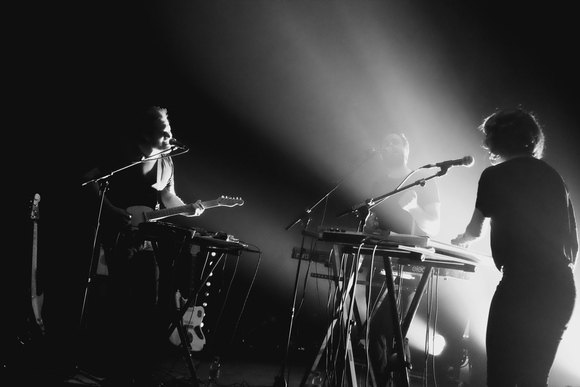 Metropolitan Parc is a French/Swiss UK based three-piece into all things electronic-pop.

Since 2010, the band has released two EPs, a couple of singles and toured in France, Switzerland, England, Canada and the USA. In 2013, they release their first full length record, "Album One", engineered and produced by Endangered Wise Men (Aurélien Rubod & Richard Leigh Grice) at Kingsize Soundlabs in Los Angeles, CA. After playing with acts such as Future Islands, Hundred Waters, Citizens!, BRNS etc. the band went back into studio to record a five track EP, Dots, released in December 2016.