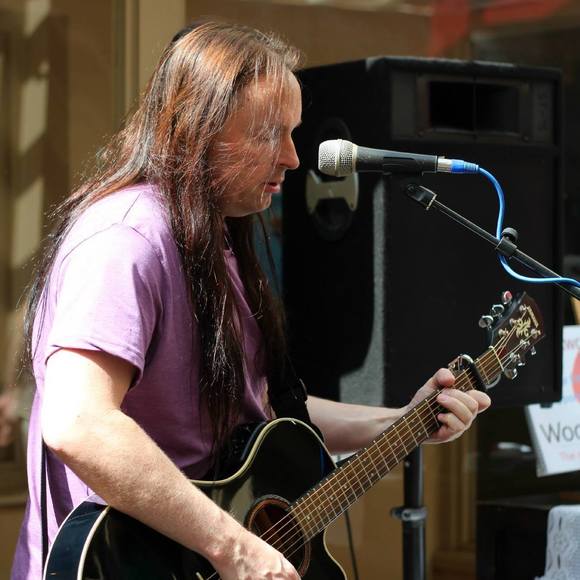 I have been a touring musician for the best part of 25 years and has appeared on over 15 CD releases and performed hundreds of live shows both as part of bands and as a solo artist.

Currently as a solo artist I perform around 50 concerts a year and regularly release singles and albums I am also the guitarist for legendary Jazz composer Mike Westbrook and recently recorded a double CD with the Westbrook band called 'A Bigger Show' produced by Colosseum's Jon Hiseman.

I released My debut album 'still THINKING? still DREAMING' recently. as well as 3 albums of instrumental music known as the Valentine trilogy.

My first Vinyl a double sided 10" Singe 'Everafter Evermore / As I Think about The Time' will be out in the summer.

I was the founder remember of the band 'All Living Fear' whom were very successful in the 90s and recently reformed. I also founded the band 'Secrets For September'. I have collaborated with many artists inc Arthur Brown, Julianne Regan (All About Eve) and Roger O'Donnell (The Cure) to name a few.