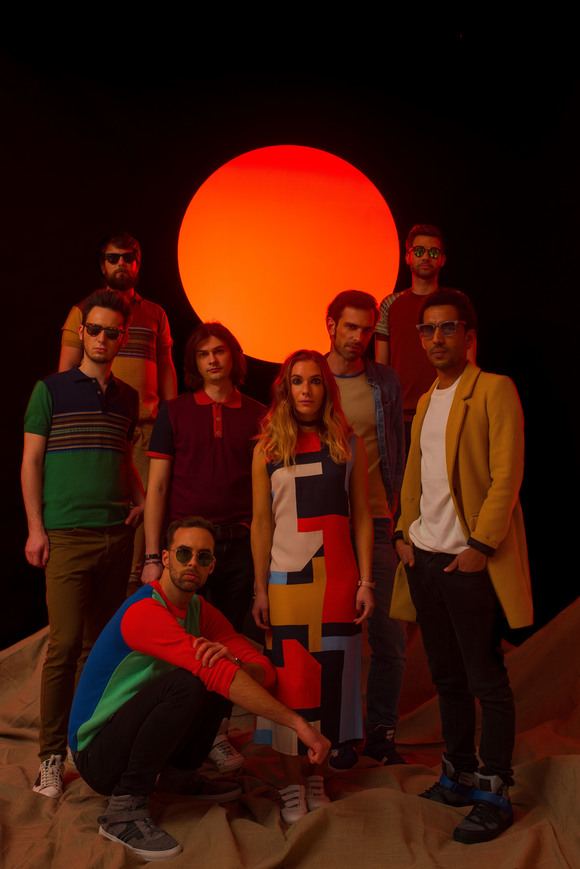 An indie band from the future based in Budapest, Mary PopKids aims to make funk/soul infused pop and cites eclectic influences ranging from Arcade Fire and Phoenix to Sly Stone and Bon Iver.

Recognised for their energetic, vocoder and percussion heavy live shows, they’ve become household names in Hungary’s music scene, performing regularly at the biggest festivals (including Sziget and VOLT) and premier clubs. Venturing out of the local scene the band also played shows and festivals in Sweden, Russia, Poland, Belgium, Korea and Romania in the last few years. Mary PopKids’ acclaimed first LP „The Blue Inside” (2014) was followed by their more experimenting, downtempo sophomore LP “All You Can Keep” (2016) was followed by their latest EP “Togetherness”, released with 4 animated music videos in 2018. Their single 'The Carnival' was released in 2020. They are currently working on their third LP, scheduled for release in late 2022. Confirmed showcases for 2019: Live at Heart - Sweden, Zandari - Seoul, Bush - Budapest.

• One of the breakout acts of Live at Heart Sweden 2019
• Writing the official anthem for Sziget Festival 2017
• Headlining the Liveurope Showcase event at A38, Budapest
• Opening for Bastille and Marina and The Diamonds in Budapest
• Their single `Wildcard` was the official music of Budapest`s 2024 Olympic Bid