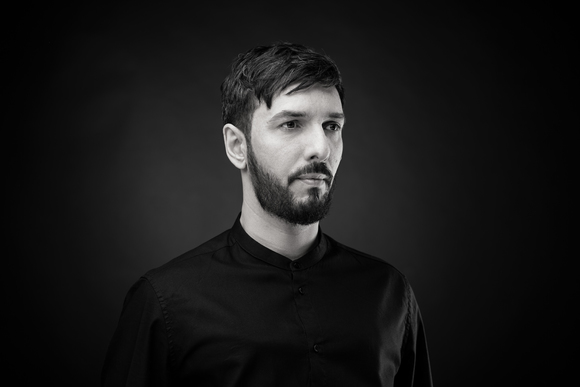 He was born in Sibiu, as a son of a musician and a painter. But the family came into conflict with the communist regime and had to leave the country before the Romanian Revolution. So they escaped into the US, Canada, Australia and finally arrived in Berlin, Hamburg and then Munich. At the age of seven, Mark taught himself to play keyboard, with 13 guitar, later bass and drums, and he started to write his own songs. "Music always has given me power at this unsteady time“, he says. In the beginning of 20, he started to work as a ghost producer for various artists and earned his first money as a DJ. This gave him the possibility to set up a small studio, so he could produce his own tracks with analog synths and record his vocals. "Music is my vocation, nothing else“. He is hard-working on new sounds, composes, sings and puts a lot of passion into details. His tracks move between house and techno, and sometimes they don't want to be pressed in any stylistic category.
Meanwhile, he is celebrated by a continuous growing fanbase, which appreciates his characterful sound and especially Mark's charismatic rough voice. Emotional, impulsive, authentic and above all live a mind-blowing experience. In a short time he played as a DJ in many different german clubs and at festivals like Worldclubdome, SonneMondSterne, Helene Beach, Sputnik Springbreak u.v.m. Let’s see where Mark's ambition carries him next.