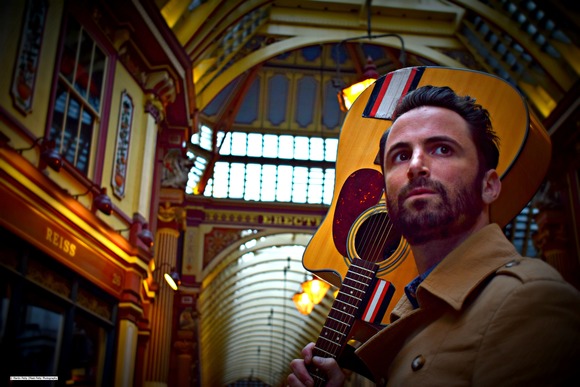 London based Singer-Songwriter, Mark Mathews, has been described as, arguably the hardest working solo artist in the UK right now, and it is no wonder why.

His continued commitment to tour across the UK and the globe, playing his infectious folky Indie-Pop tunes, has seen him perform with Andy Fairweather-Low, Dodgy, Frank Turner, The Draytones and Dan Le Sac - not to mention a performance for the Labour leader Jeremy Corbyn.
​
He has been voted one of the best artists in London by readers of the Metro newspaper, awarded first place in the Indie International Songwriting competition, nominated for 2 Indy Music Awards for best live act and been played on BBC Introducing. His guitar and vocal skills have been enlisted on various session projects and a string of UK brands have hired him to perform at their events.
​
His recording career has been equally as fruitful, having recorded and released a selection of EP’s - 2 of which were born out of his #newmusiceverymonth project in 2017, in which Mark released a new single every single month.
​
Needless to say, the boy lives and breathes his music!