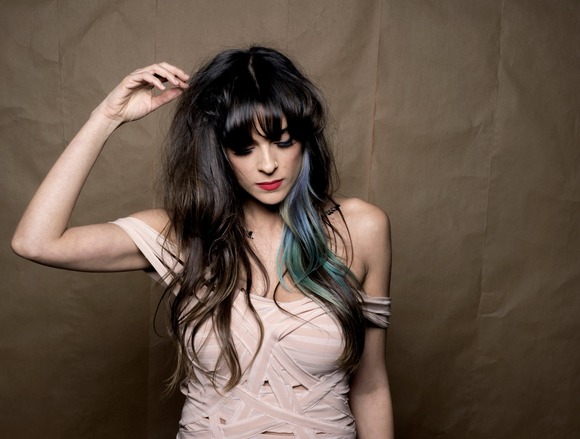 The singer/songwriter follows up the successful singles “Mistake” and “Broken”, which raised her profile in her native Israel and earned “Song Of The Week” on prestigious national radio station 88fm, with her debut album ‘GO!’ due in August 2014.

Music has always been Maor’s biggest passion and there was never any doubt in her mind it would play a huge role in her life. Ever since she can remember she’s been singing and performing in various projects, while recently completing a masters degree in music therapy to stay in theme.

The singer was already a big fan of producer Shmulik Daniel’s work when a mutual friend introduced them to one another. The two discovered mutual passions and developed instant musical chemistry. The groundwork for the album was set.

Accomplished guitarist Yossi Zamir dropped by the studio several times during the sessions and was eager to join following a deep connection to the tracks. Guitar strums were then met with the steady beats provided by drummer Assaf Kraus. Furthermore, having collaborated together for five years Maor turned to talented electric violinist Rodion Seiler during album production. The live lineup was completed by faithful laptop Latifa Snow, charged with keeping everyone on beat.

Funded by a loyal crowd - sourced effort, the album ‘GO!’ took 2 years to complete, and represents a magnetic mix of rock and pop spiced with oriental touches. Over the course of 10 tracks the singer glides effortlessly between dulcet tones and bombastic emotion showing she is far from a one trick pony.

Maor and her band are ready to take these songs on the road; there is a stunning charisma to the singer’s live performance hitting every high note while making a connection with every person in the audience. The new tracks have been brilliantly received live, with whole rooms of strangers spontaneously dancing. It is only a matter of time before you see her billed live near you.