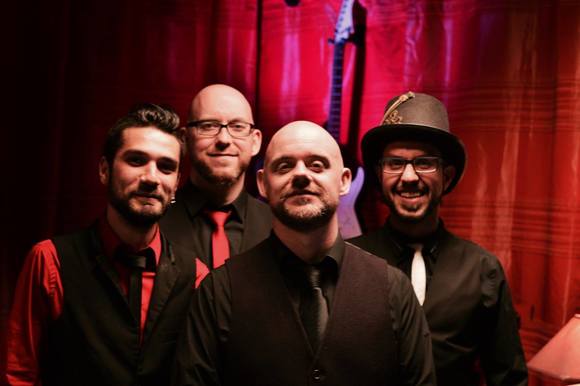 The world's first (and only) electricousticrockinfolkpop band!

Started in Dublin, Ireland in June 2013, Mannequin Sex Drive have played some of the best venues in Dublin to date and have been impressing audience members along the way.

Having digitally released our 2 singles "Hollow Heart Boy" and "I've Got A Message" in late May, we are hitting audiences online, with "Hollow Heart Boy" already rocketing it's way on to the "HOT WALL" on one of the largest online music platforms, Emeraz.com, within 7 days.

In Dec 2014, Mannequin Sex Drive were winners of The Northern Lights Competition ran by 12Bar Productions and took home the first prize after competing against 7 other acts and made the cover of PureM Magazine issue #3 the next day!

January 2015 the band went into recording and came up with 4 new singles to be released one song each month, starting from April 20th. May 2015, the band has been nominated as "The Best Irish Act" for PureM Awards 2015 and started making festival appearances.