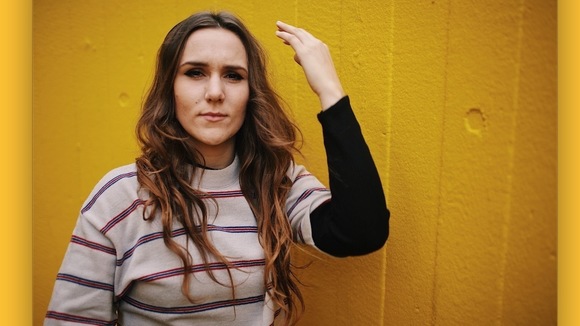 Brighton based Lydia Evangeline is no stranger to the music industry, or to music fans.

A huge and loyal YouTube fanbase from acoustic rock duo ‘Wayward Daughter’ (87k subscribers), a trance smash-hit racking up millions of streams with ‘Reckless’ (Gareth Emery), touring with Elton John as a session musician for support act Jake Isaac, and releasing 9 singles and an EP in the last 18 months... Lydia has (...nearly) done it all.

2018 saw the culmination of these years of graft with the release of her debut solo material, starting with huge in-yer-face track ‘Coldest Shadow’ and follow up hit ballad ‘Get Over You’. The 5 songs racked up nearly half a million streams- multiple new Music Friday placements with Spotify, editorial support from VEVO and even a placement for ‘Down’ on BT TV’s main music channel. The scene was set for her next body of work, 2019’s EP ‘Twenty-Four’.
Her songs are emotionally varied- from intimate ballads to fun summery anthems, all drawn together with the depth of lyric and vocal power Lydia’s fans have come to expect. ‘Twenty-Four’ sees an evolution of this sound- a rawer, more authentic edge and melancholic soundscape punctuates songs all written while Lydia is aged 24.

“The EP on a whole could sound pretty hopeless when listened to at face value, no light at the end of the tunnel - but I think no matter how downbeat and sad the story you’re telling may be, honesty and vulnerability is ALWAYS hopeful because it connects people.”